Skip to the content
Articles Eat/Drink Read
Grapevine Publishing
May 4, 2017 Barely Contained: May
By Monica Jorgensen
I grew up in a house full of plants. Climbing, blooming, lusciously green plants. My mother would get compliments on her ability to make the greenery thrive from everyone who visited. Outside we had beautiful rock gardens, shrubs, and for several years, a wonderful vegetable garden. You would think I’d have learned a thing or two about gardening over the years. But you would be wrong. I have never met a plant I couldn’t kill. Until recently, that is. For the past year or so I have successfully kept two small root-bound houseplants alive, so I have decided that I am now ready for a vegetable garden.
My first step was to purchase seeds at the Wolfville Farmers’ Market on Seedy Saturday… last year’s Seedy Saturday, that is. Last year I also had great intentions. I wanted to build several large, raised beds and jump into gardening feet first. I quickly became overwhelmed by the sheer amount of information available. Do this, don’t do that. This plant likes damp (but not wet) soil, direct sun, minimal fertilizer; that plant likes to be totally ignored and will die if you so much as glance at it for too long. Another can only be pruned under the light of the full moon on a Wednesday. I felt like I had to have the answers to everything before I could even start, and so I procrastinated and ran out of time to reasonably expect to see any crops that year. My ambitious gardening project got pushed to the wayside.
But now it is Spring once again, and, as my yard gets greener, the rosy image of eating vegetables all summer that are grown by my own efforts is dancing through my mind and enticing me to try again. I have scaled back my grandiose plans and this year I’m starting with container gardening. Container gardening can be as big or as small as you have space and time for. You can plant in just about any container you can come up with, from reusable grocery bags, to kiddy pools. There is still a massive amount of information specific to container gardening, but the process feels way less intimidating simply because it is small scale. I feel the freedom to mess around, learn at my own pace, and just try some things. Probably not everything will work out, but I’m willing to bet that at least some things will.
So, armed with last year’s seeds, my kids and I ripped open a bag of potting soil and got to work planting a tiny seed or two into several flats of cardboard pots. We then gently watered them with my new Haws watering can, recommended to me by Jodi DeLong at a gardening talk I attended recently at Scotian Gold. It has a removable end that fits on the spout with multiple tiny holes so the water pours out gently and is less likely to disturb the seeds. So far we have planted tomatoes, broccoli, and a variety of small watermelon (What? Growing watermelons in a container? Let’s give it a try!). The seed trays are sitting in my front window where they will get quite a bit of afternoon sun. We also have a lettuce mix and carrot seeds, both of which need to be planted directly into the containers they will stay in, so we are holding off planting them until the chance of frost is past. This will give me the time to research the best potting mix to use, and to scrounge up some interesting containers. The carrots will require one that is deep enough to let them grow down into the soil uninhibited.
After just a few days of anticipation I’ve been rewarded with the first little shoots popping up from my cardboard seed pots, and I’m feeling optimistic. At the very least we will have broccoli!  Assuming, of course, that I can keep the seedlings alive. 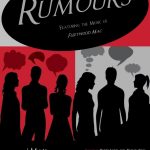