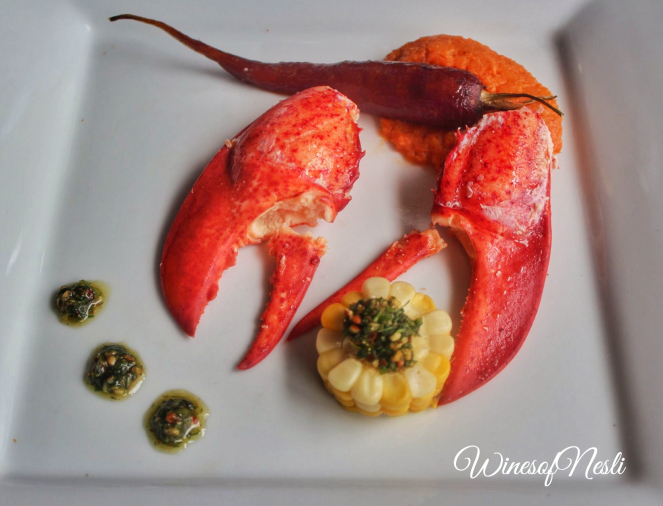 Those of you who have been reading my previous articles will know that I moved to Nova Scotia almost a year ago. Before that, I studied, worked, and travelled extensively in different countries in Europe and worked in Chile and the United States. Nova Scotia, with its culture and climate was completely new and different from anywhere else I have been.

Now that I have been here a whole year, I can say that my favorite season in Nova Scotia is autumn. The colourful trees in the Valley takes my breath away. Moreover, going to farmers’ markets in autumn has been a blast. As I filled my shopping basket with fresh products, they created a picturesque arrangement of all the different tonalities of green, yellow, orange, red, and purple, which also filled my soul with joy and satisfaction.

Recently a contest was held by an organization of well-known wine denominations in Spain. They chose twenty wine and food bloggers and sent each of them a bottle of wine, asking them to pair it with a dish created from local products. I was the only blogger from Canada selected for this contest. The other participants were from Spain, the Netherlands, Germany, Denmark, Poland, Japan, the United Kingdom, and the United States. I greatly enjoyed creating a dish representing Nova Scotia and its locally-grown products. After going around for hours in all the farmers’ markets of the Valley, I chose some of the vegetables of the season: corn, carrots, and sweet potatoes, and of course some maple syrup. As a main dish, I used lobster, since I consider myself lucky to be here, where we have abundant and delicious lobsters.

After carefully examining all the dishes the judges, who are world-renowned chefs and sommeliers, chose my dish as the winner. I am very happy and proud and I would like to share the recipe with you. You can find more information about the contest, and the recipe for the dish, on my blog, winesofnesli.com.