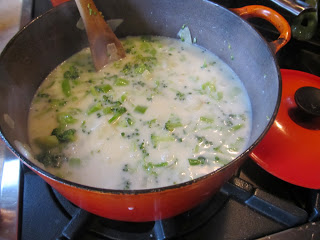 Well, we had quite the launch party for The Kitchen Party Cookbook at The Noodle Guy!  The old table was piled high with curried popcorn, donair nachos, pesto veggie pizza, one of my mom’s enormous party platters, fried pepperoni and many friggin’ delicious dips: artichoke, roasted carrot, seven layer, muhammara-hummus. The Annapolis Cider flowed freely and the music did too. It was a great big celebration of Nova Scotian food and music, just as I pictured.

Now that I’ve run a restaurant and written a second cookbook it seems so clear that this is what I’m supposed to be doing. But I didn’t always know I was going to make a life of food.

I may have told you that my first real cooking job was at a bowling alley on Saltspring Island, British Columbia. I didn’t have a phone, a house, or any restaurant experience whatsoever, but I had a job. I’d wake up each morning in my tent, shower at the marina down the road, and head in. If I was late, my boss would call the woman who owned the land I was camping on, and she would holler at me from her house up the hill. Kings Lane Recreation was a combination bowling alley, pool hall, arcade, and restaurant beloved by Island locals. The food was great. Turkeys were continuously roasted, halibut filleted by hand for fish and chips, dough for butter tarts rolled out and filled. And big pots of soup were made from scratch.

After working for the owner, Ruth, for a while, I progressed from counter girl to gravy-maker to full-time cook. Following recipes that had been used for years, I slowly gained confidence in soup-making and most other kitchen duties. I also learned a great deal about being a boss and business owner. Ruth was generous, kind, crazy, and bursting with love for her family and community. She could flirt like nobody’s business and always kept tubes of lipstick by the sink for applying when the rush of hardworking men and women would come in for lunch. I would think of her often when I ran the restaurant, especially when I chose the heel of the bread for my sandwich (it’d go to waste otherwise) or hired someone with no experience just because I liked them. That’s how Ruth would do it.

That was more than twenty years ago. Last fall we visited Saltspring and found that the old bowling alley had been torn down. It made me feel so strange, almost as if it had never existed at all. A few days later we visited wonderful Ruth, now retired from the kitchen, at her home in West Vancouver. We stayed the night and I strolled out alone into her beautiful backyard the next morning. There I found the old bowling alley sign, nearly hidden behind a palm tree.

This is my simple but delicious version of a bowling alley lunch favourite. Choose a lovely bunch of local broccoli for this comforting soup. That’s the secret to its success!

Cut the broccoli from the main stem and peel the stem. Cut all the broccoli into 1/4” pieces. Put them in a pot along with the water or stock and the salt. Bring to a boil over high heat, then remove from the heat and set aside. Heat the butter in a large soup pot over medium heat and add the onions. Stir and cook for about ten minutes, until the onions are tender and golden, then add the garlic and the flour. Let cook for a minute, then whisk in the milk. Stir or whisk continuously as it thickens and begins to bubble.  Add the broccoli and its cooking water and stir to combine. Let the soup simmer for at least a few minutes, adding the optional cheese and lots of black pepper. Enjoy in the company of good people.